Piles of pumpkins with personality!

I was going through the Flikr pumpkin patch this morning and the pumpkins still just keep rolling in! Check out some of these amazing pumpkins! 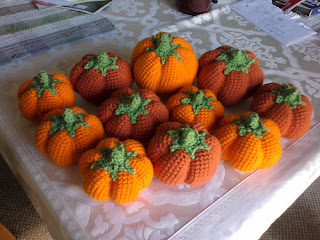 This first group was made by Shatteredshdw27 for her son's class! What a lucky bunch of kids! 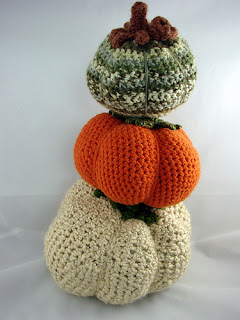 I think I already showed off the variegated green and white pumpkin by Lisa in an earlier post, but I had to show off how she's grown her collection. The stack is just such a clever idea!

We've seen some piles of pumpkins... now, let's go on to some pumpkins with personality! 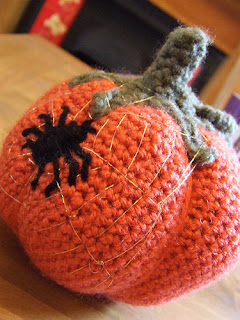 So I ask -- how could I NOT feature this pumpkin by Heather, the Happy Hoopy Wool Junkie? Two words, Heather: "Me WANT!" 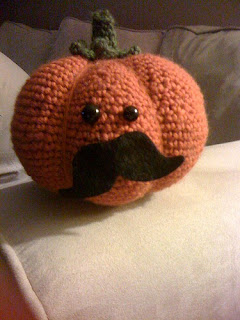 If you're looking for personality, look no further than Cat's mustached pumpkin! LOVE IT! 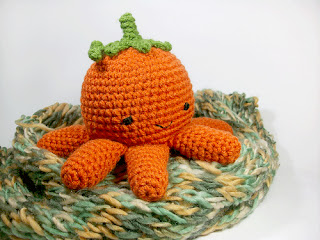 Evelyn, one of the great Owl Crochet-Along alumni, has one of the most creative pumpkins I've seen yet -- a pump-octopus? or a oct-pump-ta-pus? or a ... Whatever it is, it's is definitely awesome! 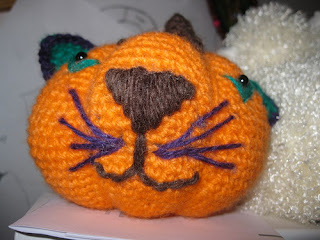 My last pumpkin feature has some real purrr-sonality. Check out Purplephotokitty's pumpkin puss!