Before I get started, let me apologize for not having any actual pictures of a beak in process. My husband and his brother went to hike Mount Adams in New Hampshire earlier this week and took my camera with them. I hope the diagrams will help you through this little section just as well!

The trick to making the triangle shape is NOT chaining when you turn your work. Instead, you get your space to turn the work by skipping the first single crochet stitch in rows two and three. As a result, each row has one less stitch than the row before it. Let's break it down...

Turn your piece after row one and skip the first single crochet. Then work one single crochet stitch in each of the remaining stitches from row one.

Do the same for row three. You will have lost another stitch by now, so you only have one single crochet to make. 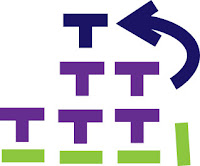 That's all there is to it! Finish off your beak and set it aside, because now it's time for the toes... The toes use a technique called a picot to create the ruffled effect. Typically, a picot is created by chaining three, four, or five stitches and then putting a slip stitch in the starting single crochet. I didn't want my owl to have quite such long toes, so I went with a single chain stitch in the pattern.

To get started, work your foundation chain and row one. Chain one and turn your work and begin the next row with a half-double crochet. 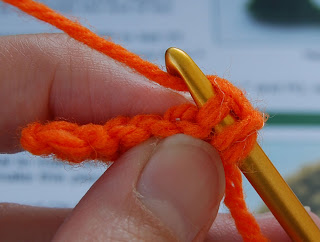 Chain one and slip in the next stitch. Then, repeat this pattern to make the other two toes. 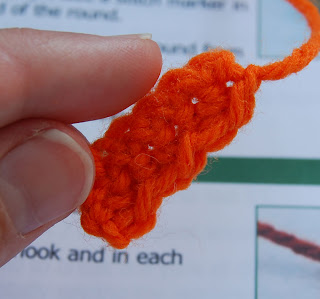 Modifications from the Flikr group
The beaks and toes have been the  source of some brilliant modifications in the Flikr group and I just wanted to share a few of the ideas with you. You're all familiar with Lucy Bad Dog's owls by now -- instead of making the beaks as a separate piece and then sewing them on, Lucy embroidered them. In my opinion, the embroidered beaks look fantastic! 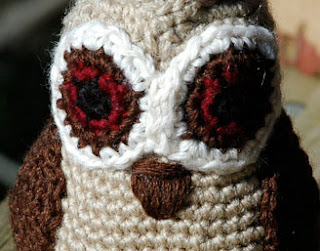 I've seen plenty of people on Flikr who have made two of the toe pieces to give their owls matching feet (instead of one in the middle). For example, check out the feet on Yummy Pancake's owl: 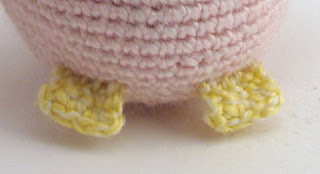 Finally, Hind made a fantastic modification on her feet to give them little claws. Here are her instructions: 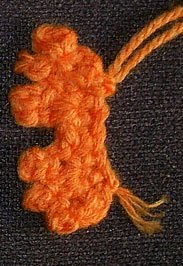 That's it for the little pieces parts! Next time we'll get started on our owl bodies!