One of the things about making amigurumi that seems to trip people up is increasing and decreasing. For my part, I always seem to over-rationalize the simplicity of the stitches... I increase and then find myself thinking, "is this it? Is that all I really have to do?" The answer is "yes."

Patterns indicate increases in different ways, but you'll find there are a few ways that are more common than others. One way is to tell you specifically to increase. For example, the Toad pattern by Roman Sock that I featured earlier this week looks like this:

In my patterns, I prefer a simpler way of indicating an increase. For example, here is round two from the cake base of my cupcake pattern:

Before I made my increase, I identified the stitch from the previous row. 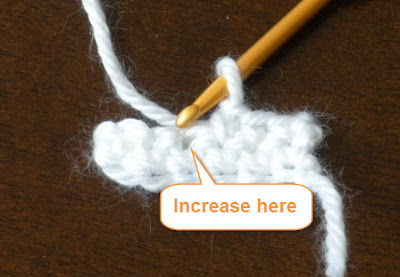 To increase, I made 2 single crochet stitches in the same hole. 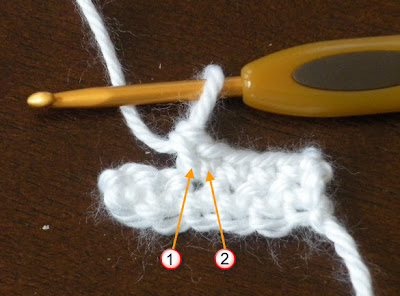 That's all there is to it! I finished out the row with one single crochet stitch in each of the remaining stitches to have my work increase by one stitch.

I hope this workshop was helpful to those of you who are new to crochet and to people like me who sometimes can't believe increases really are that simple. If you have questions or comments about this article, I'd love to hear from you in the attached comments section!

P.S. Look for my next workshop on decreasing. Coming soon!